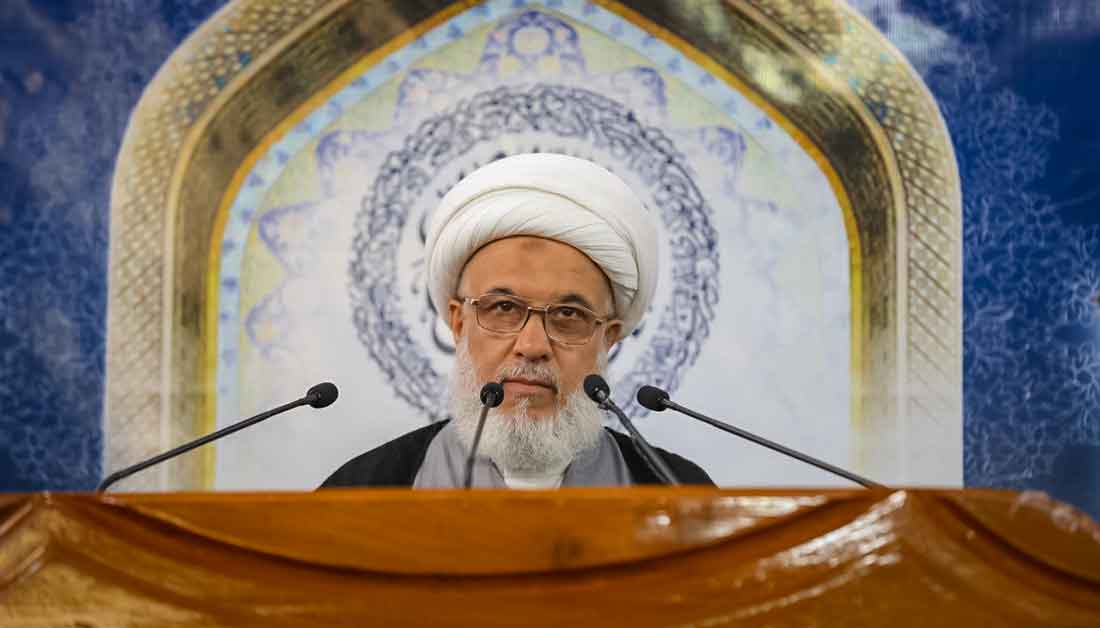 ​In Friday sermon held at the Imam Hussain Shrine on January 31, 2020, the representative of the Shia Muslim Supreme Religious Authority, sheikh Abdul-Mehdi Elkerbela’i, delivered a statement issued by the office of His Eminence sayyid Ali EsSistani.

The Supreme Religious Authority reaffirmed his condemnation of the use of violence against peaceful protesters and kidnapping and murdering some of them, decisively rejecting any attempt to disperse peaceful protesters, especially violently.

His Eminence also expressed rejection of assaulting security forces, any act of vandalism, threatening state institutions, and everything that jeopardizes citizens’ safety and harms their interests, noting that such acts will result in the abatement of the protests.

“It’s been four months since the beginning of the popular movement demanding reforms, ridding the country of the tentacles of corruption and the failure that spread through the state institutions — and during this period, many citizens were killed and thousands were wounded, and still there are some conflicts that take place here and there, which lead to the killing of more people,” added EsSistani.

Iraq will be destabilized economically and politically if the current crisis persists — even the Iraqis’ future will be affected, and there has to be a solution to promptly extricate the country from this crisis by forming a new government trusted by the Iraqi people — a government that is able to pacify the situation and regain the country’s reverence, His Eminence indicated.

He shed light on a crucial step, which is holding elections to let the Iraqi people choose their political representatives, for the country is now witnessing political divisions, noting that any disagreement recurs will expose the country to more danger and issues.

In conclusion, His Eminence condemned the illicit scheme, which has recently been revealed to legalize occupying more Palestinian territories — and declared his solidarity with the wronged Palestinian people in asserting their rights, regaining their occupied territories, and establishing their independent state — calling on the Arabs, Muslims, and all the free people of the world to support them.