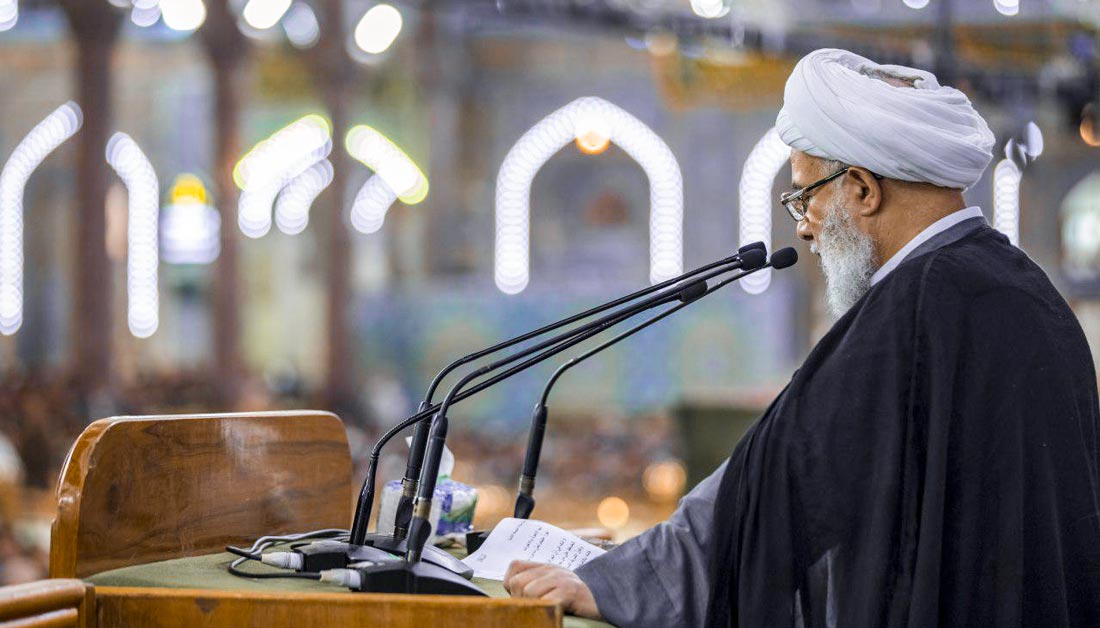 Representative and spokesperson for His Eminence EsSistani sheikh Abdul-Mehdi Elkerbela’i delivered the statement — issued by EsSistani’s office — in Friday Sermon, held at the Imam Hussain Shrine on December 20, 2019.

Elkerbela’i said, “The country is still experiencing difficult and critical situations, where various social classes of people continue peacefully protesting, demanding reform, while some protesters are being assassinated, kidnapped, or threatened. Such acts are forcing many government departments and educational institutes to shut down, which is unjustifiable, and exposing some citizens’ properties to arson and vandalism.

He added that many Iraqi citizens are complaining about the government’s vulnerability and some groups of people who violate the law and regulations that govern social life.

He indicated: “We have mentioned in previous sermons that the people are the source of authority and its legitimacy, as stated in the Iraqi constitution; therefore, the best means to end the current crisis and avert going to the unknown or plunging into chaos or infighting — God forbid — is to return to the people by holding early elections, after legislating a fair law for it.

His Eminence reaffirmed the call for promptly enacting an elections law, which must be in tune with the voters’ expectations and honor their inviolability.

He continued, “After legislating an elections law, it will be the role of the national elite thinkers and specialists who are willing to engage in a political action to promote the country and solve its growing issues.”

He then pointed out that the coming government has to implement the necessary reforms and eliminate the repercussions of corruption, government’s quota system, and absence of social justice.

Elkerbela’i concluded, “Lastly, we hope that forming the new government won’t last long, which also has to be non-contentious, tackle the current situation, restore the reputation of the government, ease the conditions, and hold the next elections in a reassuring atmosphere, away from side influences of money or foreign interference. And God is the Granter of success.”