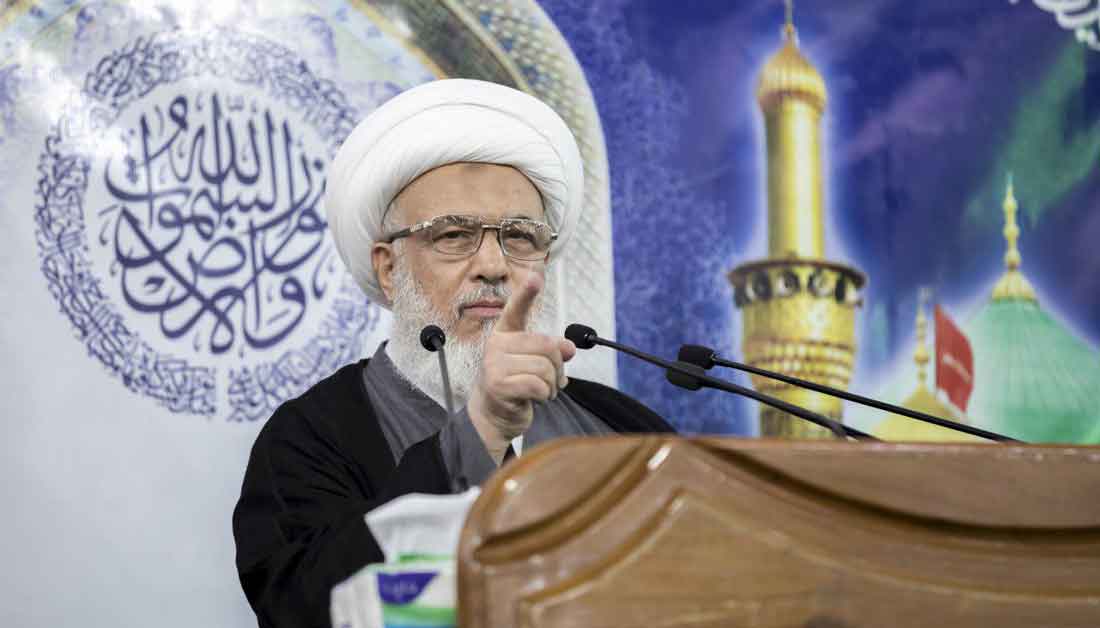 EsSistani’s statement was read out by spokesperson sheikh Abdul-Mehdi Elkerbela’i in Friday sermon held at the Imam Hussain Shrine on December 6.

His Eminence also stated: “Maintaining peaceful protests — devoid of acts of violence and sabotage — is significantly crucial, and it’s a joint responsibility borne by all; though it’s the security forces’ responsibility that protect protesters and allow them to freely express their demands, it’s also the protesters’; they themselves mustn’t allow vandals to take advantage of this title (Peaceful Protests) to infiltrate them and attack the security forces or public and private properties and harm citizens’ interests.”

He added: “Supporting security forces, respecting them, morally strengthening them, and encouraging them to take their role to maintain security and stability, as required, is everyone’s duty — these dear (security forces) are indispensable to avoid chaos and public disorder. Everyone noticed what happened in some areas where security forces couldn’t do what they were expected to until notable men of tribes rushed and took a crucial role in preserving civil peace and preventing chaos and sabotage. They are due thanks and appreciation. Efforts must be coordinated to achieve normalization of the situation in all areas — and official security forces have to assume responsibility for peacekeeping, stability, and protecting state institutions and citizens’ properties from vandals’ attacks, as well as being perfectly professional toward all acts of protesting in order for last weeks’ tragedies to never recur.”