Supreme Religious Authority: If those in power think they can evade implementing reform — they're delusional 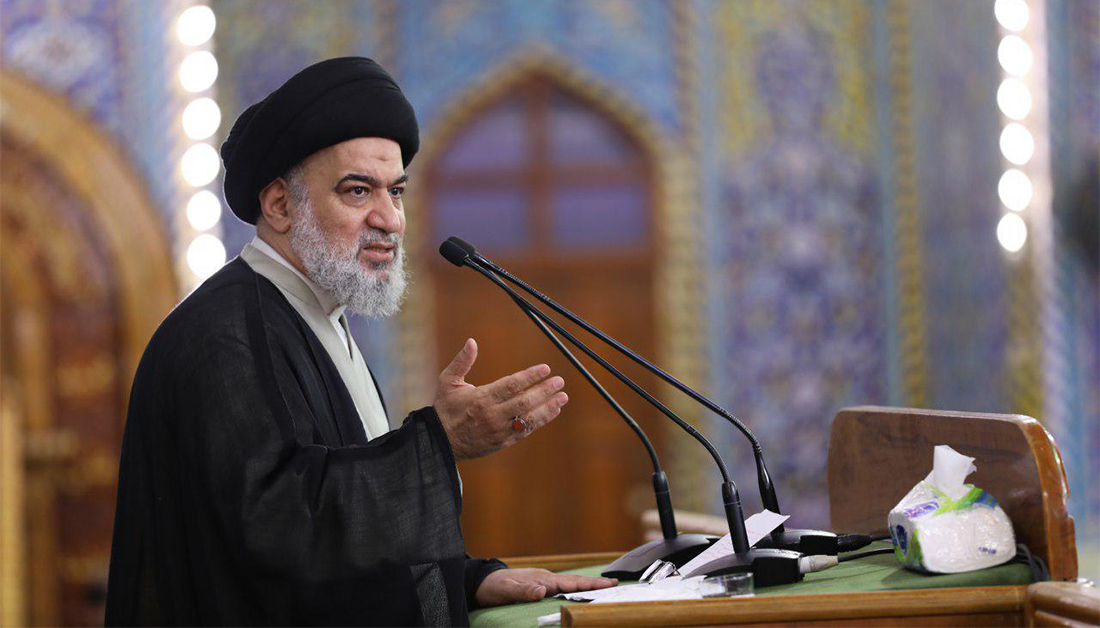 The Shia Muslim Supreme Religious Authority, Ali EsSistani, has warned those in power of procrastinating, temporizing, and evading the implementation of reform, describing them as delusional.

According to a statement issued by the office of His Eminence EsSistani and read out by representative sayyid Ahmed EsSafi in Friday’s Sermon on November 5, 2019, EsSistani said, “If those in power think they can evade implementing real reform by procrastinating and temporizing, they are delusional — it will not be the same after these protests as before — and those in power ought to be aware of that.”

EsSafi added that: “Although a short period has passed since the popular protests have been lodged — during which hundreds have been killed and thousands have been wounded —, nothing has been achieved on the ground so far. None of the protesters’ demands has been fulfilled, especially in terms of prosecuting the corrupt, recovering the embezzled funds, revoking the privileges granted to certain groups of people to the detriment of the rest of the Iraqi people, and avoiding quota government and favoritism.”

He continued, saying that this casts doubts on the government’s ability or willingness in terms of responding to the protesters’ demands, and that’s not in the best interest of building trust between the ruling government and the Iraqi people.

EsSafi indicated that, “It’s unprecedented that Iraqi citizens have protested in large numbers, remained in the streets for that long period of time, and sacrificed themselves and everything they had — it’s because they’ve found no way to get rid of the aggravated corruption but to protest and insist on their demands; it’s a serious attempt to end the unbearable government’s corruption and policy of sharing the country’s resources, where ordinary citizens can’t have their basic needs to live a decent life.