EsSafi: Before Arbaeen ends—we hope everyone takes advantage of it 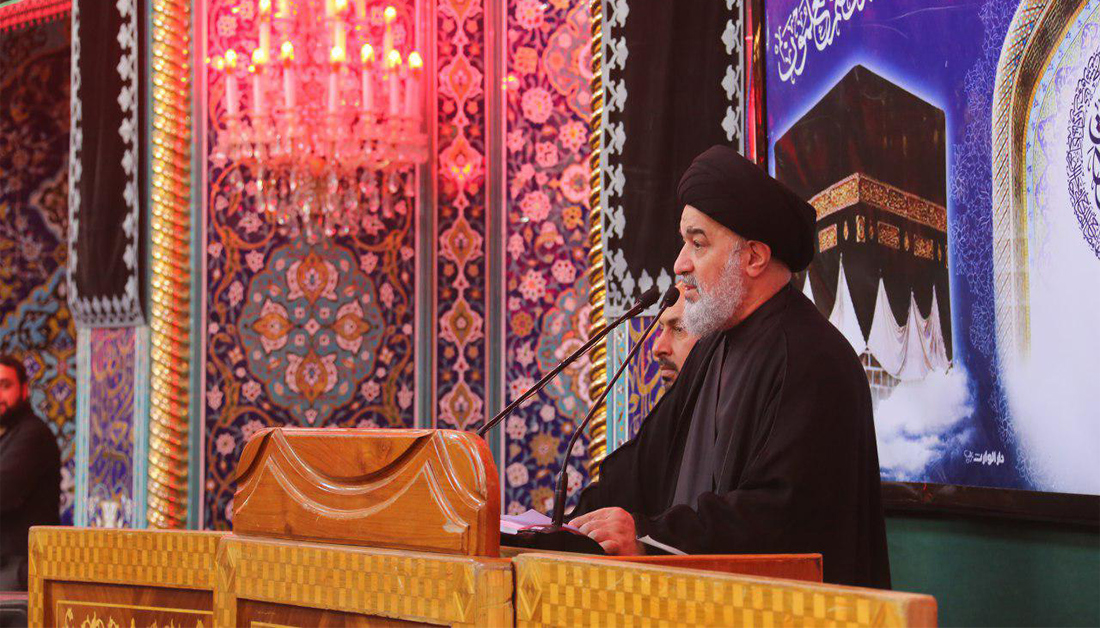 ​In Friday’s Sermon held at the Imam Hussain Shrine on October 18, 2019, the representative of the Shia Muslim Supreme Religious Authority, sayyid Ahmed EsSafi, talked about the reform project of Imam Hussain (Peace Be Upon Him).

EsSafi said Imam Hussain (Peace Be Upon Him) was a man of a major reform project—citing Imam Hussain’s famous saying, “I haven’t arisen to seek evil, arrogance, corruption, or oppression, but I have done so to seek reform in the nation of my grandfather. I want to command people to do what is good and forbid them to do what is wrong. He who accepts me as they accept truth, God shall be their supporter, and he who rejects me, I shall remain patient until God judges between me and these people, with justice; and He is the best to judge.”

EsSafi added that Imam Hussain (Peace Be Upon Him) achieved what he wanted despite the fact that there had been few supporters as well as the nation’s desertion, and that’s because he and those who were with him were aware of their cause. In addition, he mentioned a verse from the Noble Quran, “Say this is my way; I invite to God with insight, I and those who follow me. And exalted is God; and I am not of those who associate others with Him,” noting that insight indicates a profound comprehension as well as steadfastness, being aware of the consequences of matters, objectives, and purposes.

“The Arba’een pilgrimage has many privileges and lessons from which one can learn to better themselves, and rational reflection, based on a good insight, pays off,” continued EsSafi.

He then said it is important that everyone ought to be faithful to the path of Imam Hussain (Peace Be Upon Him), revive themselves through the observance of Hussainian rituals, and reflect on themselves for betterment.

He also mentioned that expressing one’s genuine, faithful feelings toward the fundamentals Imam Hussain called for is able to cleanse their heart from falsehood, injustice, grudge, and ill behavior.

EsSafi concluded, praying for everyone who facilitated the Arba’een pilgrimage in terms of security, services, medical assistance, and mourning processions.