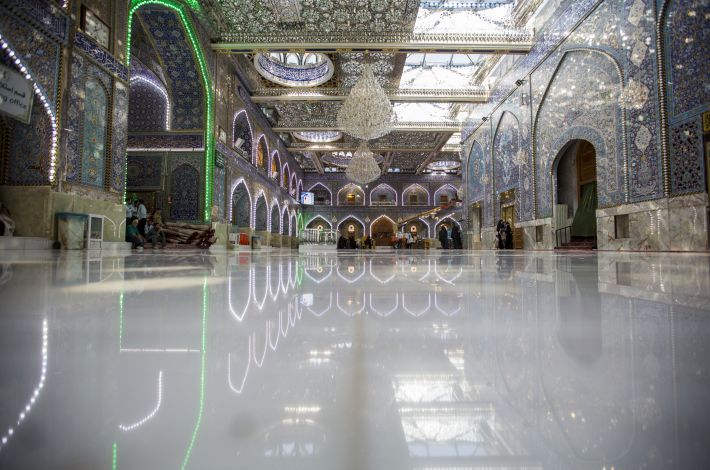 After more than four months of continuous work, the sanctuary of Aba al-Fadl al-Abbas, peace be upon him, is laid now with new marble, having gone on its previous marble more than half a century, as it was laid last time in the seventies of the last century.

This project is complementary to a series of projects carried out on the Holy Shrine of al-Abbas, which have been developed according to time and spatial plans that are suitable for each project and its specificities, such as the project of horizontal expansion and roofing of the holy shrine, as well as laying of the Iwans and basements of the holy shrine, in addition to manufacturing and installation of the holy grille, and other systems such as cooling, fire alarm, communications and surveillance systems.

According to Engineer Majeed al-Sa'egh, head of the Engineering Projects Department at the al-Abbas Holy Shrine, said, “The new marble is of the type "multi-onyx" that has been subjected to several technical and engineering tests in terms of endurance and consistency of color and measuring a thickness of 4cm.”