Housing fund then and now 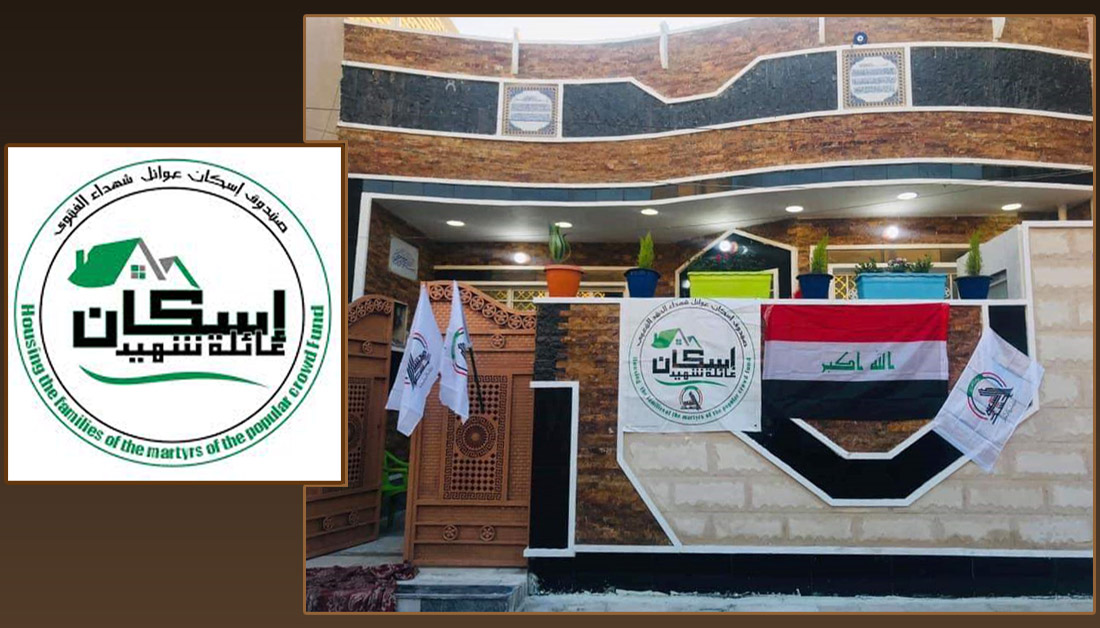 Since the Shia Muslim Supreme Religious Authority issued the call to arms against ISIS on June 13, 2014, the Housing Fund for the families of the popular mobilization forces martyrs was established. The housing fund helped build over 260 houses in a number of Iraqi cities.

Spokesperson of the Housing Fund Ali Ebdul-Hussain ErRubaiye said: “This fund was established to provide logistic support to the Iraqi forces and the Popular Mobilization Forces. And in one of the visits paid to the families of the martyrs in ErRumeatheh District in ElMuthenna City, we found a family, who lost their loved one, live in a house that didn’t suit them — we therefore rehabilitated their house.”

He noted that the housing fund also helped provide the bereaved families with food stamps, clothes, grants, and medical services — and during the Covid-19 crisis, it's been providing low-income families with food, rents, and wheelchairs for those with disability.