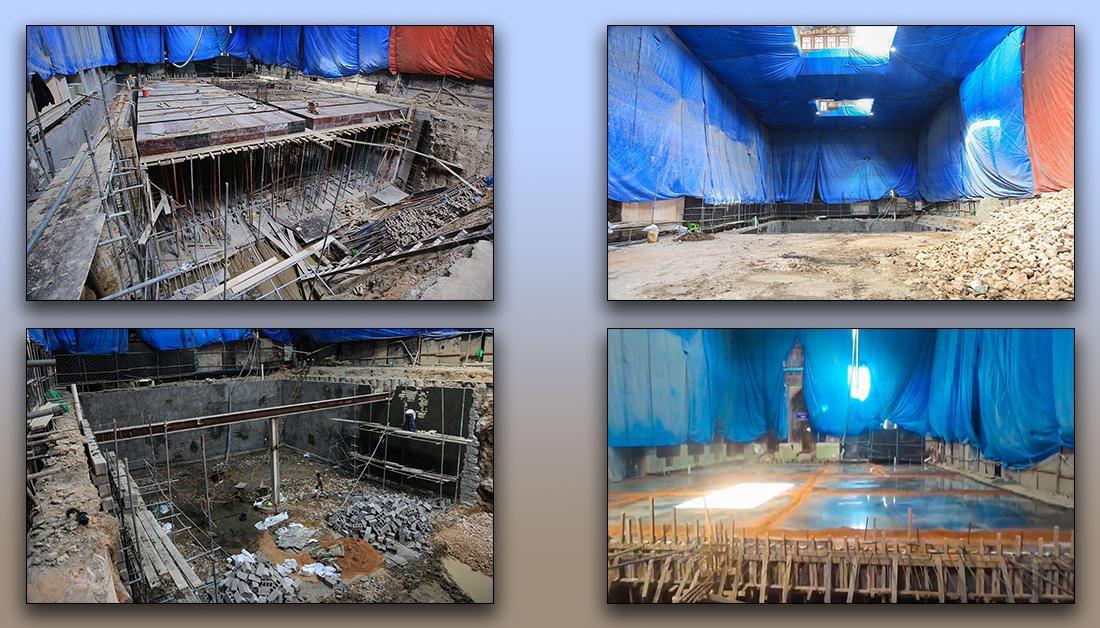 The Engineering Department of the Imam Hussain Shrine has stated that Bab Elqibleh Basement project is continuing at an increasing rate, and it will be finished before the coming month of Muharram.

The project’s supervisor Salam Sa’doon said, “After finishing the first phase of the largest basement project at the Imam Hussain Shrine, the second phase has begun,” adding that the capacity of the basement is 4000 pilgrims, which will help provide more space for more pilgrims.”

He indicated that the basement will be equipped with air-conditioners, surveillance cameras, alert systems, sprinkler systems, and elevators.

Sa’doon mentioned that 25% of the second phase has been achieved, and work continues 21 hours a day.