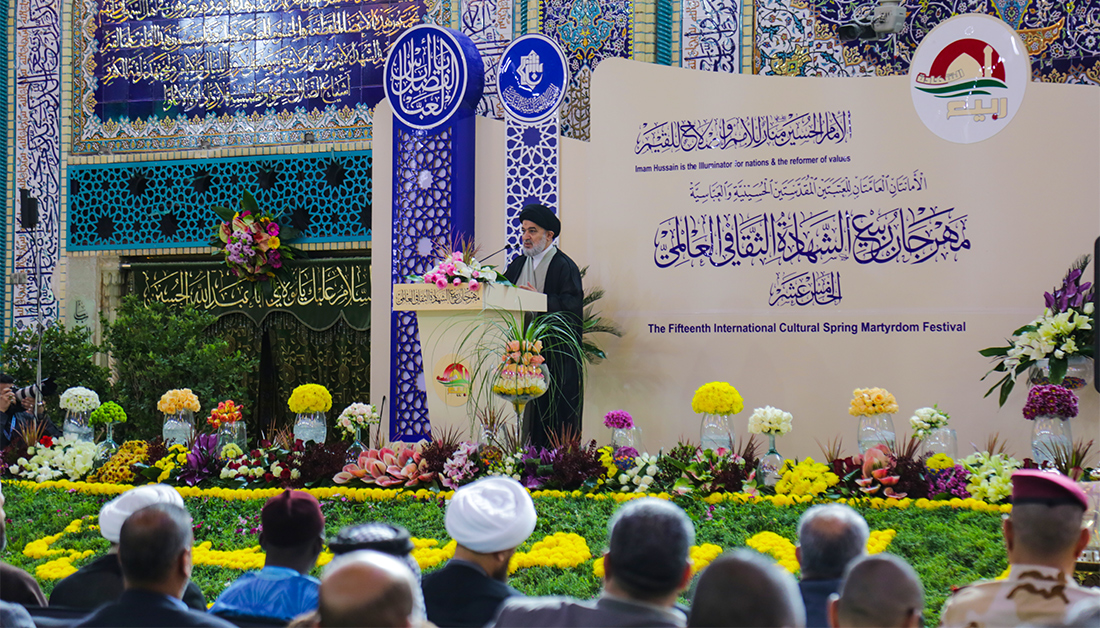 The representative of the Shia Muslim Supreme Religious Authority, sayyid Ahmed EsSafi, delivered a speech on behalf of the Imam Hussain and the Elabbas Shrines at the 15th Martyrdom Spring International Cultural Festival in which he called on the delegations who attended the festival to adhere to the method that guarantees peaceful coexistence among all religions.

EsSafi added that people subscribed to different religions should be receptive and avoid what leads to national or religious disunity.

He said further that considerate dialogue is the ideal solution to span any gap the enemies may use, noting that the Islamic nation has gone through a dangerous wave of evil that attempted to tip the scales in its favor if it weren’t for God’s providence expressed by the Shia Muslim Supreme Religious Authority’s call to arms to end ISIS in Iraq.

“Imam Ali (Peace Be Upon Him) inherited the concept of humanitarianism from prophet Ibrahim (Peace Be Upon Him) and famously said, ‘People are of two types: either your brother in faith or your equal in humanity,’ and this is a sublime way of peaceful coexistence,” added further EsSafi.