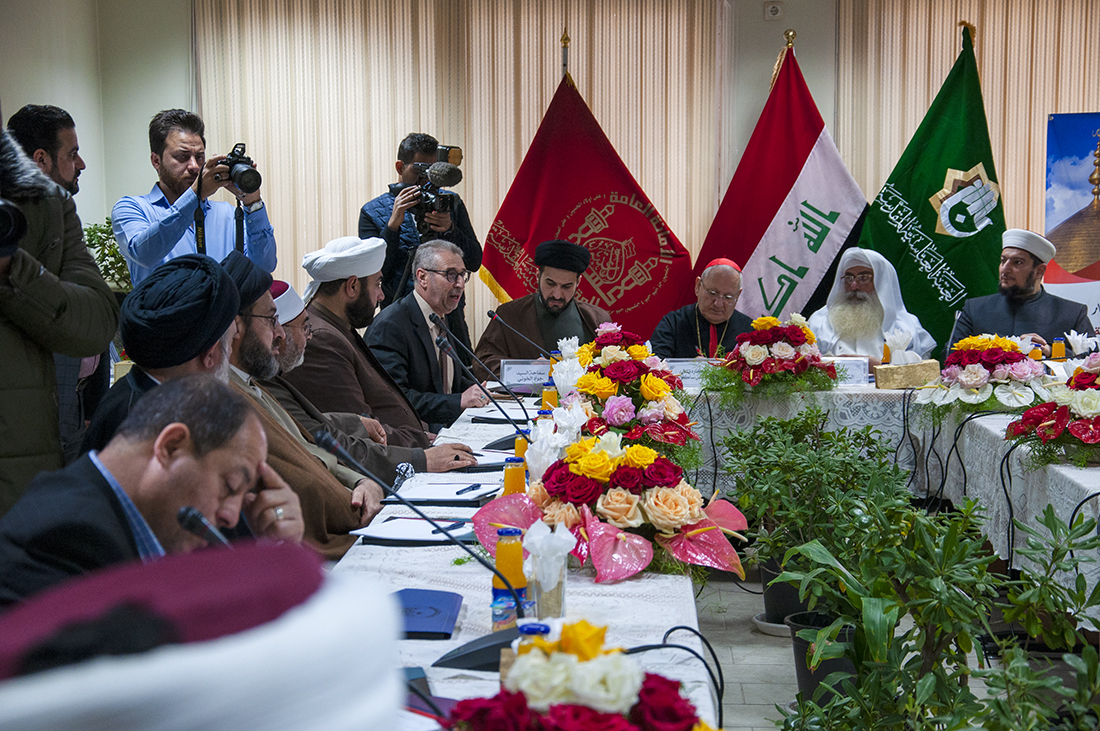 Dr. Talal Elkemali, representative of the Imam Hussain Shrine at the assembly, said, “The assembly, titled ‘God Loves Promotion of Peace’ aims to promote humanitarian principles that call for accepting one another and peaceful coexistence.”

Elkemali added that the assembly, held by the Imam Hussain Shrine, discussed the mechanisms through which peace and altruism can be promoted among the Iraqi people. He noted that the recommendations and positive steps concluded from the assembly will be sent to the three presidencies to translate them into actions.

He indicated that the head of the Chaldean Catholic Christians, the head of the Mandaeans, the representative of the Yazidis, head of the Iraqi Islamic Jurisprudential Assembly, the imam of Abo-Heneefeh EnNu’man Mosque, and a group of clerics from the Shia Muslim seminaries attended the assembly.

Elkemali mentioned that the assembly was first launched at the Chaldean Church, sponsored by the Mandaeans, and held at Abo-Heneefeh EnNu’man Mosque.

Mar Louis Raphael I, Patriarch of Chaldean Catholic Christians, said, “Our presence as a variety of religions and beliefs is a message to the extremists and deviants who want to destabilize Iraq’s unity.”

He added that everything the assembly resulted in will definitely be applied and discussed with the three presidencies.