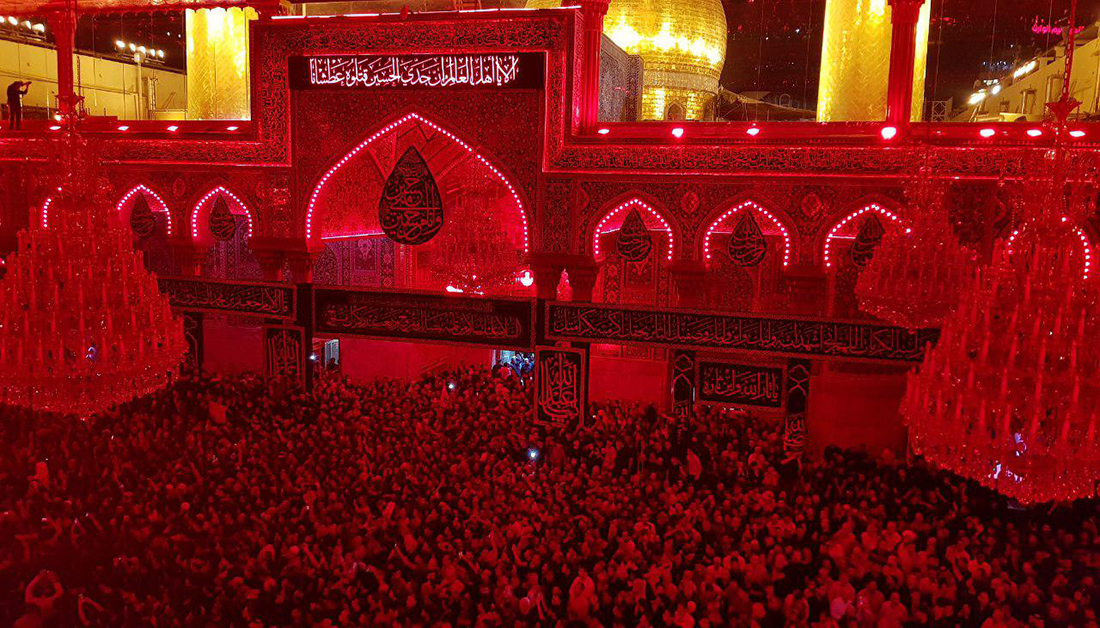 A stately ceremony was held at the Imam Hussain Shrine to replace the red banner of the shrine dome with a black one Monday, Septembe 11, 2018.

Thousands of Muslims attended the ceremony, for it signifies the beginning of the mournful months of Muharram and Safar.

Sheik Abdul-Mehdi Elkerbela’i’s speech was delivered on his behalf by the assistant Secretary-General of the Imam Hussain Shrine sayyid Afdhel Esh-Shami in which Elkerbela’i called for the importance of continuing the march of reformation without being weak in front of the enemies.

He also said, “If you sacrificed for maintaining the path of Imam Hussain (Peace Be Upon Him), you need to maintain that cause by protecting your religion and unity. And if you struggle, be patient, because your sacrifices will pay off, as did your sacrifices against ISIS.”

He shed light upon the importance of commemorating Lady Zaineb’s (Peace Be Upon Her) tragedy and how she strode, tripping over the hem of her gown, toward her murdered brother, Imam Hussain, (Peace Be Upon Him) to see him on the ground, soaked in his blood.

Elkerbela’i concluded by extending his thankfulness to those who sacrificed for preserving the cause of Imam Hussain (Peace Be Upon Him), calling people to preserve their religion, prayers, unity, children upbringing, and women’s purity.