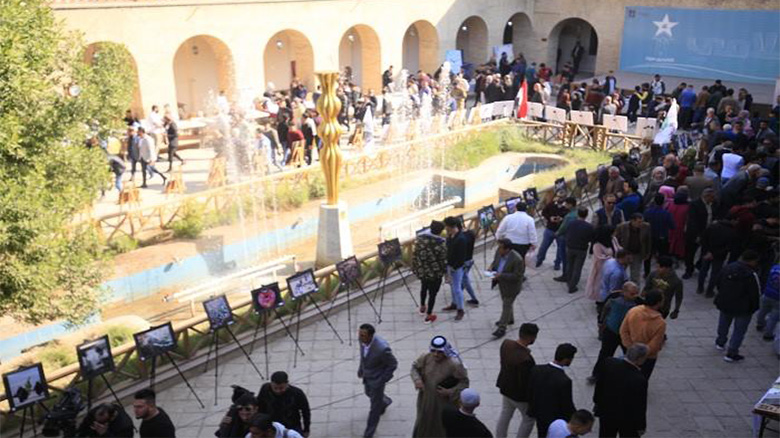 In cooperation with the colleges of Art of Baghdad University and Deyala University, the Youth Care Center of Imam Hussein Shrine has held a festival titled “Human Development Through The Arba’een Pilgrimage.”

The festival was held in El-Mutenebi St. Baghdad. It included activities, such as a photo gallery, a free-painting section, and a section for calligraphy and arabesque.

Mohammed Ali Er-Rubai’ey, center director, said that the purpose of holding the festival was to send a message to all the educated and the wise that the Arba’een Pilgrimage to Imam Hussein (Peace Be Upon Him) is present in every joint of life including Human Development.

He also sad that a great number of people attended the festival and interacted with it.