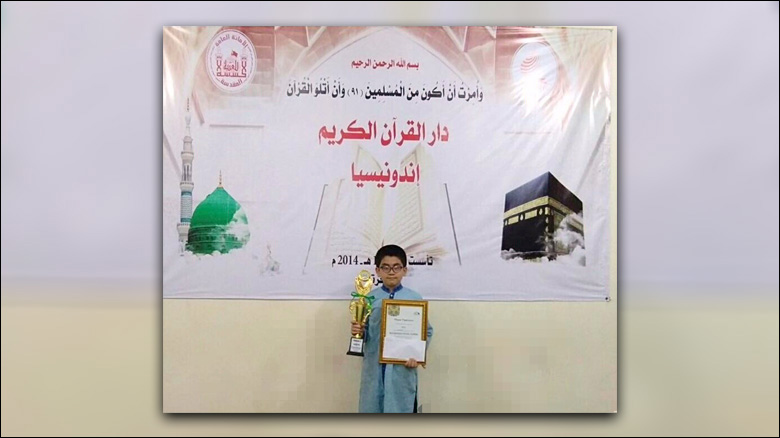 The Quran House of Imam Hussein Shrine announced that one of its students who came in third in one of the most important Quran contests held in Jakarta, Indonesia.

He added that the Quran contest El-Hebeshi participated in was the biggest one in the world in which 200 Quran reciters participated.

However, Arabic is neither El-Hebeshi’s mother tongue nor it is spoken in Indonesia, but he interacted with the Quran classes, and he was a high-achieving student, said further El-Mensuri.

It is worth mentioning that the branch of the Quran House, in Indonesia, qualified 300 teachers of Quran, and now has 200 Quran memorizers who are continuing to memorize the whole Noble Quran.