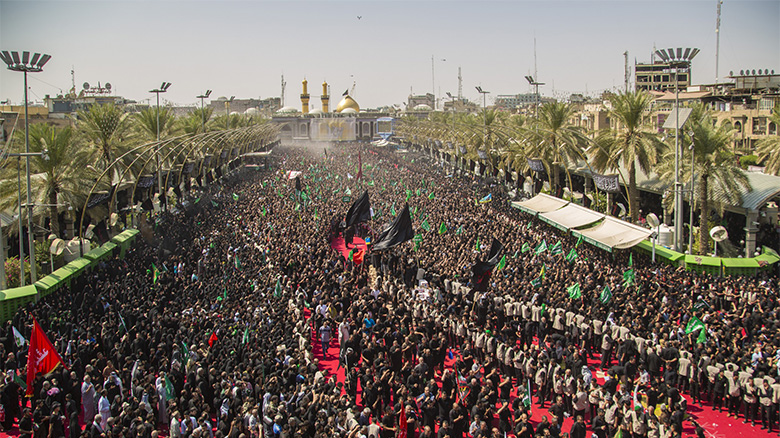 More than 3 million pilgrims took part in an event known as “Rekthet Twereej,” which is an act of running towards Imam Hussein Shrine, through which pilgrims sorrow for not having been with Imam Hussein (Peace Be Upon Him) on the Day of Ashura in order to defend him and his family; it is also a sign of expressing willingness of sacrificing themselves for the Imam if he were alive and on the battlefield.

The streets of the ancient town of Kerbela were full of pilgrims performing (Rekthet Twereej), going into Imam Hussein Shrine, exiting it, heading into El-Abbas Shrine, and then exiting it, letting other pilgrims take place.

There were 20,000 employees at Imam Hussein and El-Abbas Shrines, in addition to 4000 volunteers serving pilgrims, providing them with medical assistance, water, etc.

Historians say that Rekthet Twereej started in 1885, and regimes attempted to prevent it for many years, and the longest period it was prevented was from 1991 until 2004.