What do you know about Karbala? 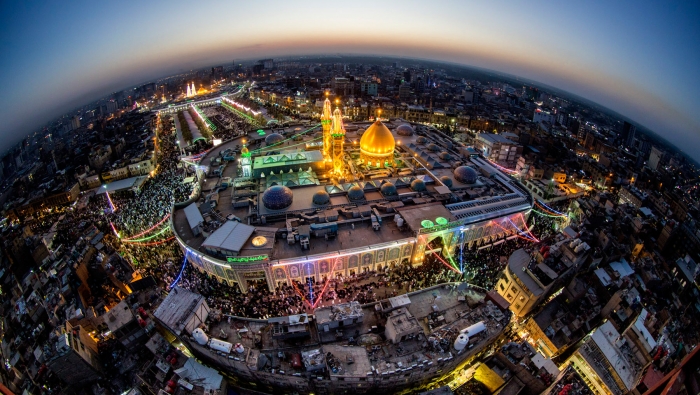 1- Karbala is a very ancient city, it was known since the Babylonian age, it was used as a Christian graveyard prior to the Islamic conquest, some say the date of the city comes from the cities of (Tassoh al-Nahrain) which lies on the river of Balakubass (Old Euphrates), and on its land there was an ancient temple.

2- Karbala is an Iraqi Islamic Arabic city, it was famous at the pre-Islam age and possesses a various and great history especially when its land witnessed a unique event which is truly one of the noblest epics of martyrdom and sacrifice that was the battle of (Tuf).

Its weather is damp, very hot at summer season, and fair at fall; its lands take the water from the canals of the Euphrates River, the city has many orchards , its has plain lands which made suitable for various agriculture, we can see many fruit trees and palm trees surrounding the city from all sides.

Some researchers say the name of Karbala means (close to God) and it is of an old Babylonian origin, some think that the meaning of Karbala is the Babylonian word (Kor Babil) which means (old Babylonian towns), some of these towns are (Nainawa, Ghadiryia, Karbala, Aker babil, Nawaweess and Heerr) which is called nowadays Hair (means in Arabic the land which refuse the water to enter it) when al-Mutawakil al-Abassi ordered to drive the water to the holy grave to destroy it, the water stopped and did not harm the holy grave.

The word Karbala's origin is thought of as a two syllable Assyrian word ,the first syllable is (Karb) meaning (sanctuary) and (ala) meaning (God), the two syllables form the word(God's sanctuary), other historians believe the origin may be Persian formed from the word Karr meaning work and bala meaning higher,(Tuf) is one of the city's names, perhaps the name (Karbala) is derived from the Arabic word (Kurba) meaning soft earth for Karbala has plain lands which made it easy for different kinds of planting, the word (Karbal) also means a kind of fruit , probably it was named after it.

Karbala, in this way, started to grow and develop and boom, for in addition to this historical significance, it has a good and a fertile soil made it a good land for agriculture.