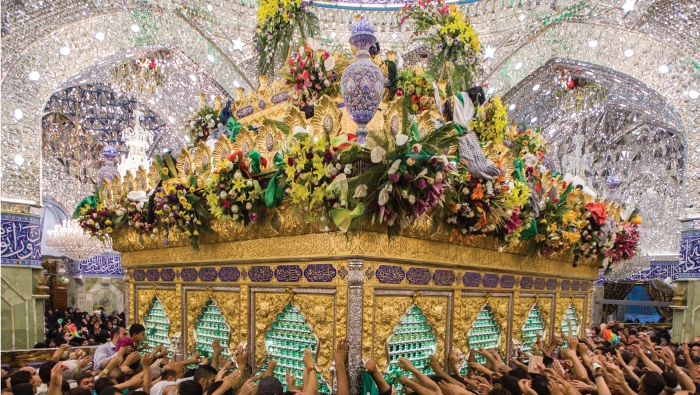 Al-Abbas B. Imam Ali was one of the greatest Islamic and historical characters. He reflected the real brotherhood trait during  Al-Taff battle when he sacrificed himself to protect his family, in addition to granting his palms for the sake of defending the Islamic values and idealism of Ahlul-Bayt, which Yazid was seeking to alter.

Al-Mokhtar Al-Thaqafi constructed the first building of the holy shrine, which was made from brick and mud.

Imam Redha ordered his followers to expand the holy shrine, thus rebuilding it.

Sedy Ali, the governor of Shiraz  ordered reconstruction and restoration of the holy shrines in Karbala after the attack from Almshashon.

The outer wall of the courtyard was successfully completed, and was renewed with concrete and yellow coated Karbala tile bricks.

Prepared by a few Ahlul-Bayt followers and under the supervision of the Engineering and Technical Department of the Holy Shrine, the walls of the shrine were renewed to alabaster and the rooms and corridors were enhanced.