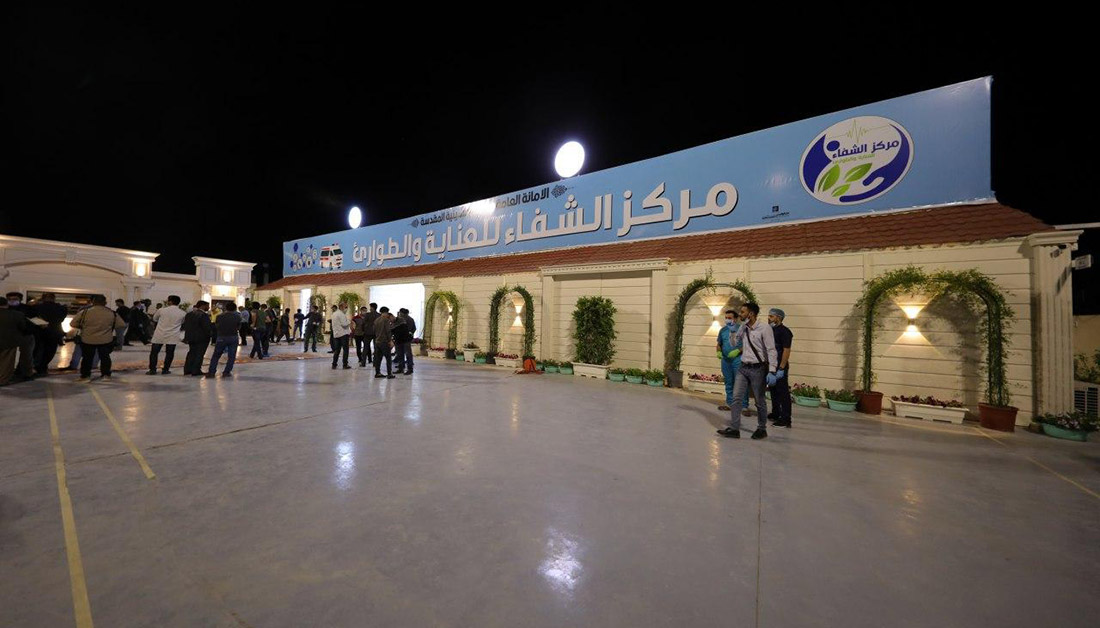 The representative of the Supreme Religious Authority, Sheikh Abdul-Mahdi al-Karbalaey, has cut the ribbon and opened al-Shifaa Urgent Care Center, which was implemented by the Holy Shrine in record time, with the aim of supporting the Ministry of Health’s efforts to counter COVID-19 and to provide free medical services to citizens and pilgrims of the province.

Prior to the opening, Sheikh al-Karbalaey directed that the center remains open even after the pandemic to serve the citizens and pilgrims of Karbala.

Al-Shifaa Urgent Care Center was accomplished in less than 15 days, and supplied with modern medical equipment and devices.

The Governor of Karbala, Nisayyif al-Khattabi, said in a press conference, "Thank you to His Eminence Sheikh Abdul-Mahdi al-Karbalaey for this accomplishment. The Holy Shrines have always supported us and lifted burdens from our shoulders through their work and service to the Iraqi society under the guidance of the Supreme Religious Authority.”

"Today, Imam Hussain Holy Shrine is working to protect society from the most severe pandemic in the world,” added al-Khattabi.

For his part, Director-General of Karbala Health Directorate, Dr. Sabah al-Mousawi, remarked, “This accomplishment carries two important messages, the first of which is a message of reassurance to the dear citizen to check on his/her health, and the second message is that developed countries take great pride in their rapid accomplishments in record periods, but our heroic men at Imam Hussain Holy Shrine have proven that the efficiency of the Iraqis is also high.”

“I would like to deliver a message to the people of Karbala: There is little left, and we have to commit and stand together for the common good so that we announce the defeat of coronavirus in Karbala,” added al-Mousawi.

It is noteworthy that al-Shifaa Urgent Care Center, formerly the venue of Karbala International Book Fair, has a capacity of 60 beds and includes all the necessary medical devices and departments such as sonar, radiology and laboratory, in addition to a competent medical team under direct supervision of Imam Zain al-Abiden Hospital.