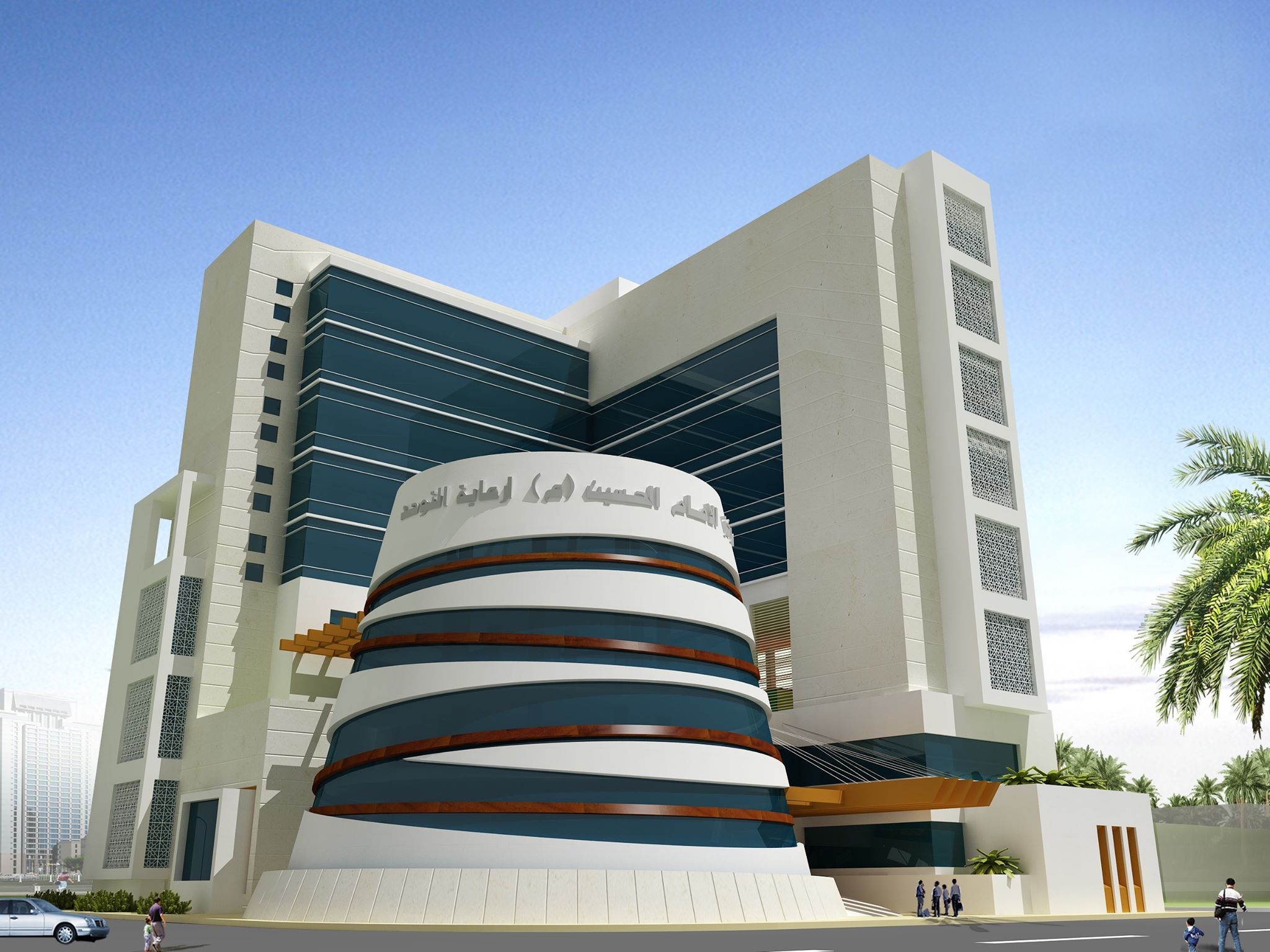 The Imam Hussain Autism Institute is considered one of the important strategic and humanitarian projects established by Imam Hussain Holy Shrine. The project is located on the road linking Karbala and Baghdad, 5 km north of Karbala’s city center, and it is the first of its kind at the national level, due to its modern capabilities and technologies to deal with autistic patients in terms of the medical staff, programs and specialized services, all of which are provided at low cost.

In regards to the project’s percentage of completion and the obstacles it faced, the Head of the Strategic Projects Department at Imam Hussain Holy Shrine said, "This project is one of the largest projects concerned with the autistic segment in Iraq, designed with the latest technologies and international specifications, and with a patient capacity of 200. Work on the project started in 2014 and it was hoped to be completed by 2020, however due to financial obstacles and the country’s economic situation during the war with ISIS, work was suspended for some time at 84% completion rate. The Holy Shrine invested this period to keep pace with developments in methods of dealing with autism through technology and the introduction of modern devices and skills. Egyptian experts were called and the number of individual and group classes increased, adding therapeutic and recreational halls, a talent show hall, a hydrotherapy pool, and speech therapy rooms. "

"Since Iraq and the countries in its region are witnessing a continuous increase in autism cases among children with an apparent lack of curative measures by governments and the concerned authorities, Imam Hussain Holy Shrine has opened autism treatment centers in several Iraqi provinces,” said Imran Mousa, director of Noor al-Mustafa, another autism institute affiliated with Imam Hussain Holy Shrine.

“The institute has achieved success in dealing with some existing autism cases, where medical experts in the fields of psychology and autism have been appointed, using the latest scientific methods of treatment and programs including the visual communication program, the sensory communication program, physical therapy, as well as speech therapy,” he added.

Regarding the prevalence of autism in the world, the instructor at Noor al-Mustafa Institute for Autism, Hamdan Nawaf, said, "According to the Centers for Disease Control and Prevention (CDC), one in every 5,000 children was autistic in 1975, one in every 500 children in 2005, one in every 68 children in 2014, and currently one in 45 children is autistic. It is expected that in 2030, the ratio will be 1:1, and this poses a great risk in societies, so we must know how to reduce the spread of this disease and find ways to treat it."

For his part, the Associate of the Coordination and Educational Rehabilitation Department at Imam Hussain Holy Shrine, Ali Al-Sultani, said, "The aim of establishing an autism institute is primarily a humanitarian goal to address and rehabilitate the autistic children and build a community free of family problems, where services and care are provided at much lower prices than other private institutes.”

He added, "Several autism institutes have been opened in Iraqi provinces including Muthanna, Wasit, Dhi-Qar, Basra, Maysan, Najaf, Babylon and Diwaniya, in addition to three in Karbala, all of which provide excellent services for training, rehabilitation and counseling of children.”

Institutes of Imam Hussain Holy Shrine have so far assisted 680 autistic children around the country.